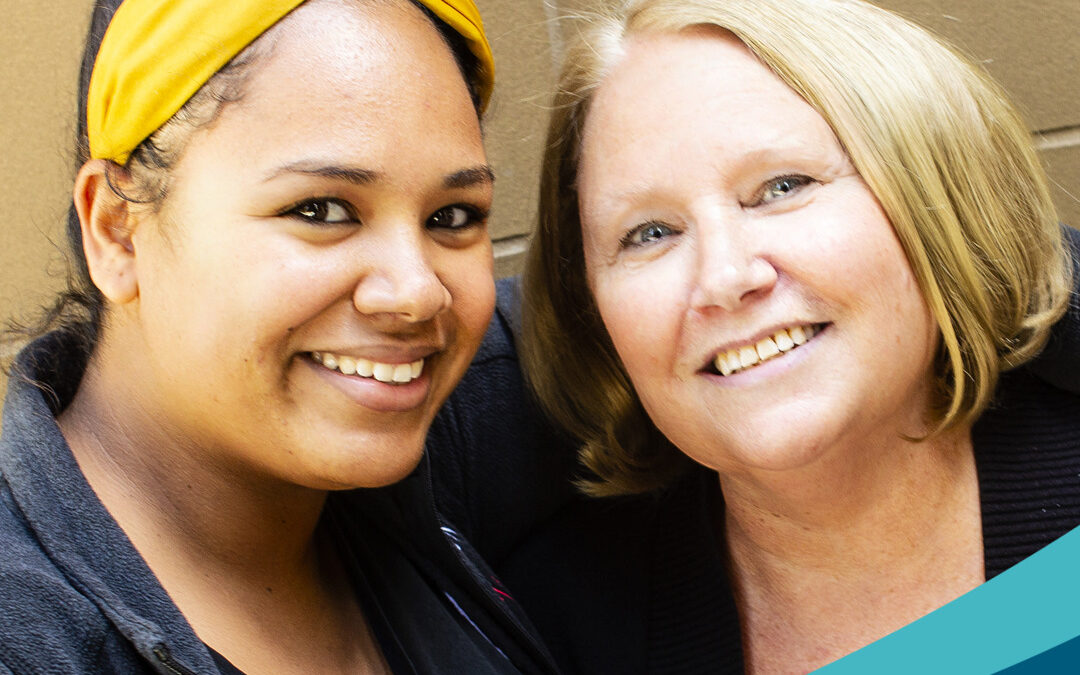 Mary Brown started work at Alvarado Hospital in 1998, in a rehabilitation unit that used to be located next to the SDRI tower. She has stayed at Alvarado throughout her whole career, eventually working in oncology for a few years, and then to her current role in the med/surg unit. She used to talk to her young daughter about her day at work, telling her stories about the people she cared for and the people she worked with. Alexandra “Lexi” Brown was only three years old when her mother started work at Alvarado. “My earliest memories of my mom are of her being a nurse,” says Lexi. “Lexi used to watch me get ready for work every morning,” says Mary. “I think that’s how she got inspired!”

As Lexi grew older, she eventually volunteered at the hospital as a candy striper. Her relationship with the hospital developed as she found work here as a unit secretary, then EMT, and later entered nursing school, with the intention of following in her mother’s footsteps by becoming an RN. The events of the past year sped that process up. “When the pandemic started, and then the surges happened, there was a desperate need for nurses,” explains Lexi. “My nursing school was allowed to let us students work and speed up our course work.” Lexi now works in the Alvarado Emergency Department, an RN like her mother. “I’m so proud of her,” says Mary. “I brag about her all the time. This pandemic has been so horrible. But I’m proud of how Lexi performed in the ED.”

When in the past the mother used to tell the daughter stories about her work, now both nurses vent to each other about their days to let off steam. And the cycle continues with Lexi’s own four-year-old daughter. “My baby asks us about work all the time!” says Lexi, laughing. “She even pretends to care for patients when she plays!”

“You’ll hear people say that the people they work with are ‘like family,’” says Mary. “But I can tell you, for us at least, my co-workers here at Alvarado are family! Lexi is my blood-daughter; but I have so many other adopted children here! I’m the ‘Hospital Mom’ to a lot of the young people here!”