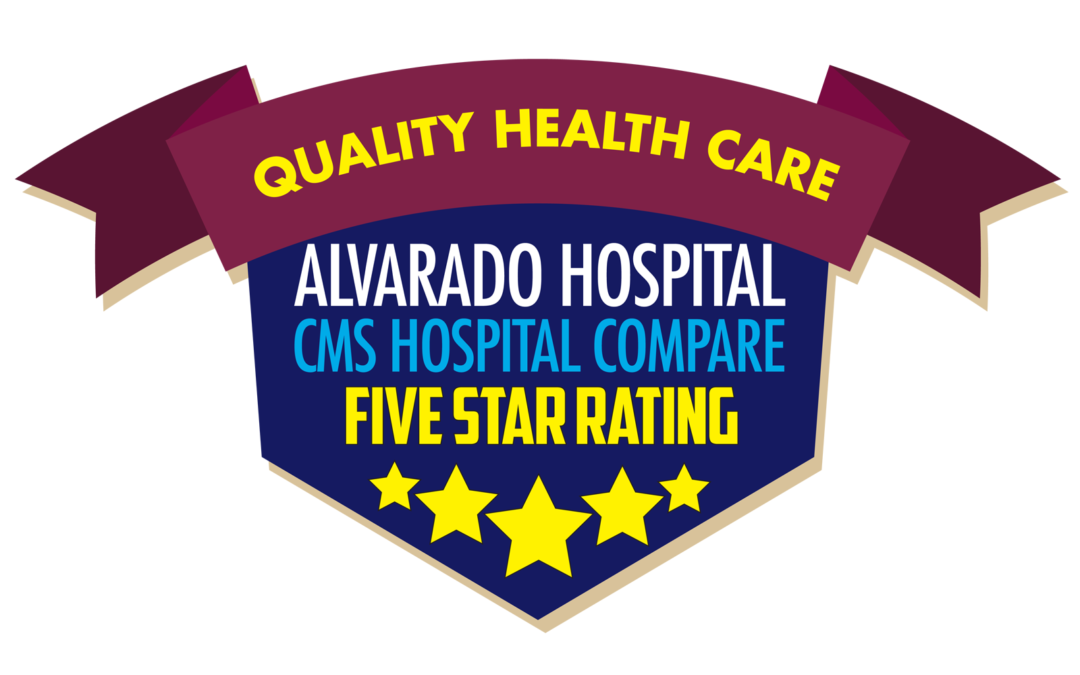 “These ratings reflect the sincere commitment of our doctors, nurses, staff, and hospital to the communities that we serve,” said Robin Gomez, Hospital CEO. “We are honored that Alvarado Hospital has been recognized among the best in the nation.”

This overall hospital rating is based on data publicly reported on CMS’ Hospital Compare tool (medicare.gov/hospitalcompare). It summarizes up to 51 measures across seven aspects of quality, including patient experience and effectiveness of care into a single star rating for each hospital. The hospital rating shows how well each hospital performed on average compared to other hospitals in the U.S. in treating common conditions such as heart attack or pneumonia. Participating hospitals reported data to CMS, the federal agency that runs the Medicare program through the Hospital Inpatient Quality Reporting Program. Those hospitals were given an overall rating ranging from one to five stars, with five as the highest and three the most common score. Alvarado Hospital earned five stars and ranked in the top nine percent, according to the report.

Alvarado Hospital credits this achievement to a focus on clinical excellence that is shared by all staff that works at the hospital, from the doctors, nurses, and technicians, to the ancillary staff, housekeeping staff, and volunteers.

This top rating is the latest acknowledgment of quality care at Alvarado Hospital, which also recently awarded the prestigious “Grade A” award for Hospital Patient Safety Excellence from The Leapfrog Group, and its fifth consecutive Healthgrades award for Patient Safety Excellence. Alvarado has also recently celebrated the opening of its new, state-of-the-art Emergency Department which has expanded its licensed emergency care bed count from 12 to 32.

Alvarado Hospital is one of only eight hospitals within Prime Healthcare to have achieved CMS’ highest five-star rating.