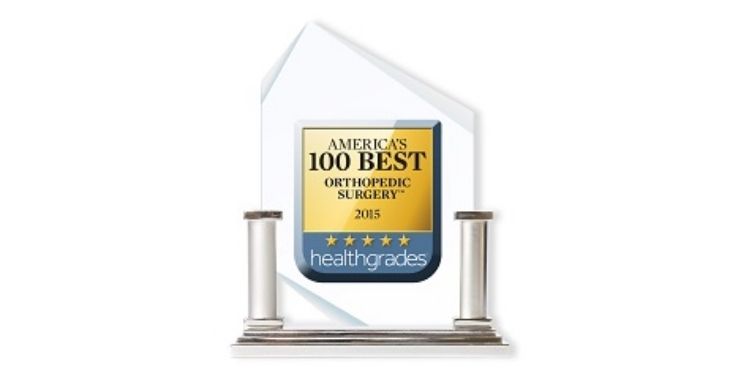 Healthgrades has recognized Alvarado Hospital as one of America’s 100 Best™ hospitals for 2016. The San Diego hospital has been selected for its excellence in orthopedic surgery, critical care and spine surgery. For the second year in a row, Alvarado has been ranked in the top 5% in the entire nation for both orthopedic services and spine care. This is also the third consecutive year Alvarado has been selected for recognition of its critical care services, including an additional five stars for critical care treatment of sepsis (2014-2016).

In addition, Healthgrades awarded Alvarado Hospital five stars in the areas of hip fracture treatment, back surgery and spinal fusion. It has received five stars in these areas for three consecutive years now. Alvarado was also recognized for excellence in gastrointestinal treatment. The hospital earned five stars for esophageal/stomach surgeries for 2015-2016 and for gallbladder removal surgery for 2014-2016.

Earning a five-star rating from Healthgrades is no small feat. Every year, Healthgrades evaluates more than 4,500 hospitals nationwide, assessing their performance in more than 30 procedures and conditions most commonly dealt with.

When a hospital is given a five-star rating in any given area, it demonstrates that the hospital’s clinical outcomes are far better than the average hospital for that specific procedure/condition. This means that Alvarado Hospital has statistically performed better and produced more positive results for patients in countless areas. If all hospitals performed services at this high level, hundreds of thousands of lives could be saved and improved across the nation.

“Consumers can take comfort in knowing that an outside agency—such as Healthgrades, which is a leading resource in compiling and reporting on hospital outcomes nationwide—has evaluated our quality of care and found it to be among the best in the nation,” said Robin Gomez, Alvarado Hospital administrator.

In response to the hospital’s commitment to uphold these high standards, Alvarado continues to attract some of the most respected and qualified physicians in the area. Their expertise is able to make a true difference in the lives of patients, setting Alvarado Hospital apart as the clear choice for San Diegans.

Healthgrades evaluates an estimated 40 million Medicare inpatient records from thousands of hospitals nationwide. Among those, only the 100 best-performing hospitals were selected for recognition, an honor that Alvarado Hospital is very proud to hold.

The statistics for Healthgrades’ 2016 ratings are based on an analysis of MedPAR data from 2012-2014. If you would like to review a more detailed report on specific data or hospital achievements, you can find it online.