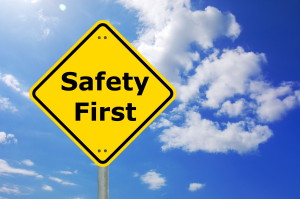 Alvarado Hospital was one of three San Diego hospitals found to have low infection rates and other patient injuries, compared with peers.

In December, the federal government published a list of hospitals that were to be penalized for having high rates of hospital-acquired conditions (HACs). Alvarado Hospital and Paradise Valley Hospital (both part of the Prime Healthcare Services), along with Kaiser, had the lowest rates of HACs in San Diego. HACs include infections from catheters, blood clots, bed sores and other complications that are considered avoidable.

“Patient safety is imbedded in our culture—it is a culture of ownership of error rates right down to the front lines,” said Dr. Larry Emdur, chief medical officer at Alvarado Hospital.

“If we need to, we’ll sit down week after week to look at a problem until we get it figured out,” Dr. Emdur told the San Diego U-T newspaper.

Despite the announcement about penalized hospitals, the federal government said that the new national focus on patient safety has resulted in an overall decrease in HACs—there were 17% fewer HACs in 2013 than in 2010. It is estimated that this resulted in 50,000 fewer deaths.

Alvarado Hospital continues to garner national attention for its patient safety and quality. It is ranked among the Top 5% in the Nation for Clinical Care, and among America’s 100 Best Hospitals for Orthopedic Surgery, Spine Surgery and Critical Care by Healthgrades.

Eight area hospitals were penalized and will see a 1% reduction in Medicare payments over a one-year period. For a complete list of hospitals, click here.