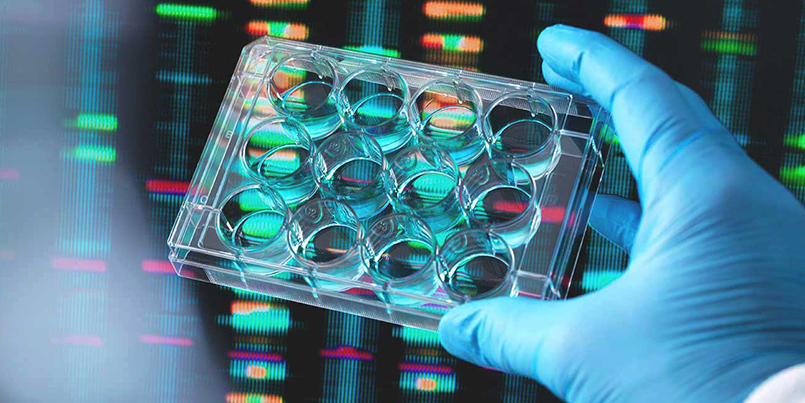 Scientists may have discovered a genetic risk factor for erectile dysfunction.

There are many causes of the condition, including obesity, smoking, and cardiovascular problems.

Those are still likely to be the primary reasons men develop the condition.

But researchers have long thought erectile dysfunction (ED) could also have a genetic component.

In other words, some people may be more likely to develop ED due to genetics rather than only from problems that develop later in life.

The new research pinpointed a specific place in the human genome that’s tied to a greater risk of ED.

Erectile dysfunction affects about a third of men over the age of 70, a fifth of men in their 60s, and one-eighth of men younger than 60 — although some studies have suggested a much higher prevalence.

The new research might open the possibility, for some patients, of a future treatment that targets specific genes in order to reduce inherited ED risk.

Dr. Irwin Goldstein said he has treated patients who have been impotent since childhood and whose fathers were also impotent.

“So genetic impotence is definitely a thing,” Goldstein, director of sexual medicine at Alvarado Hospital in San Diego, told Healthline.

Doctors trying to treat cases of ED generally look for risk factors such as obesity, diabetes, heart or vascular problems, smoking, physical trauma to the genitals area, or psychological or relationship troubles.

“Clearly,” he said, “genetics won’t be the only cause.”

But Goldstein finds the new findings exciting nonetheless because they give solid evidence to what he’s already noticed.

“You may find people who are obese, smoke cigarettes, who have diabetes, eat bad foods — but who still have good erections, and it could be they don’t have the genetic issue,” Goldstein said. “But then you could have someone who just has a small amount of diabetes but does have the genetic issue and is seeing a problem.”

However, not all doctors are convinced the new research proves that connection.

Dr. Daniel Shoskes, a urologist at the Cleveland Clinic, noted the research was based on men self-reporting ED.

It also controlled for obesity as a nongenetic risk factor but left out other possible factors.

“[The study] doesn’t prove causality or how much of the ED might be genetic or acquired from nature,” Shoskes told Healthline.

He said the bottom line for him is that genetic risk factors or not, “if someone is overweight and highly diabetic and a smoker, then it’s highly unlikely they’d be able to avoid having ED at some point, regardless of genetic background.”

On whether it could lead to new treatments, though, he was cautious.

“[Genes] are part of highly complex mechanisms,” he said, “and we have absolutely no idea what effect targeting these genes would be.”

Goldstein, however, does see a potential path to genetic therapies.

The ED-linked genetic location found in the new study was a location on chromosome 6 near a gene called SIM1.

That gene, the study notes, is part of the melanocortin system, which has been linked to weight regulation and sexual function.

Goldstein noted that a drug called bremelanotide, currently under review at the Food and Drug Administration (FDA), reportedly can reduce sexual dysfunction in women by targeting and activating those melanocortin pathways.

Goldstein said a version of the drug was also shown to work in men, increasing sexual desire and erection rigidity by targeting the same hormone.

Genetics isn’t the only cause of ED, he cautioned. But, in cases where it does appear to be a factor, there is some hope future treatments like this might be able to help.

Scientists may have discovered a genetic risk factor for erectile dysfunction.

Physiological and lifestyle issues such as obesity, smoking, or cardiovascular problems are still likely to be the primary reasons men develop ED, but the research appears to prove that some people may be more likely to develop the condition due to genetics as well.

Although some doctors are skeptical, others suggest the research might open the possibility, for some patients, of a future treatment that targets specific genes in order to reduce inherited ED risk.